Genocide of the Native American People

Before the word ‘genocide’ was coined, it was still taking place.

Even though the term ‘genocide’ was only created during the Second World War by Raphael Lemkin what he described has been going on for a lot longer. Indeed, Lemkin researched and wrote about genocides that happened before the Holocaust. Here is an example.

Throughout our childhood’s we have all been mesmerised by Disney movies with little regard for their historical accuracy. For instance, the cartoon depiction of Pocahontas is one of many productions which presents an image of heroic European explorers. Unfortunately, this early perception of the Native American story goes without remedy. This is due to the acts of omission in the delivery of standardised education taught in schools. The true picture, in actuality, reflects unimaginable brutality and inhumane suffering experienced by indigenous people, including Native Americans at the hands of European explorers. Explorers were driven by the desire to acquire commerce, expand territory and gain power by all means, including physical force.

‘The true picture, in actuality, reflects unimaginable brutality and inhumane suffering experienced by indigenous people, including Native Americans at the hands of European explorers.’

Europe dominated the colonial world in 1492 yet continued sailing the continents to increase wealth and expand its religious authority. Many times with complete disregard for those in its path and disrupting the lives of Indigenous communities.

Native Americans arrived in the land now known as the present-day United States 15,000 years ago or possibly much earlier. The indigenous people worked hard; they devoted their time to building foundations near streams, where fertile soil enabled prosperous farming. They produced ‘’the three sisters’’, consisting of corn, squash and beans. In addition, the Native American population consisted of many ethnic groups, like Ojibwa, Iroquois and Mohican. Moreover, The Native Americans thrived on agriculture, harvesting herbs for medicinal purposes and also developing tactical hunting techniques. However, Europeans never took into account how productive and developed indigenous communities were before they arrived.

Upon European arrival, diseases like smallpox, measles and influenza compromised the health of the Native Americans. Approximately 90% of indigenous people in the Americas died between 1492 and 1600 due to this.

The early occupation of the territory and prosperity of the land attracted even more explorers. Despite the impact of the plagues, the Europeans were persistent to establish colonies by any means. They acted violently and viciously towards the natives, slaughtering them for land. In addition, it was also their ambition to spread Christianity instead of “allowing” the Native Americans to practice their beliefs, such as Earth Lodge and Native Shakers. Those who rejected faced destruc- tion of their property, enslavement and even death.

The injustice continued for several generations with the im- plementation of legislation enforcing further inequalities for the population. President Andrew Jackson signed the Indian Removal Act (28th May 1830), which gave congress the au- thority to exchange Native-owned lands east of the Mississippi for lands in the west. Many Native Americans opposed this Act. 1838 and 1839 saw the Cherokees forcibly relocated to the west by the United States government. Around 4,000 Cherokees died during this event, later referred to as the “Trail of Tears.” This Law oppressed and caused injustice for Native Americans. The purpose of laws is to help with the progression of society. However, these disempowering policies facilitated further division and hostility.

The celebration of Christopher Columbus and other instru- mental figures and leaders of colonisation today may be seen as undermining the experiences of the people, disenfran- chised by their actions. Schools teaching one-sided curriculums can be viewed as a way to minimise the atrocities experienced. We must challenge practices that do not recognise the truth.

We need to initiate more debates and conversations on his- torical inaccuracies promoted within educational systems and widely in the media. While the focus of the piece is Native Americans, the “story” is universal. It reflects all communities that have experienced atrocities in previous generations. In addition to the transatlantic slave trade and apartheid in South Africa, Nazi persecution impacted those with disabili- ties, homosexuals, and non-Aryan groups. We must speak the truth about history. 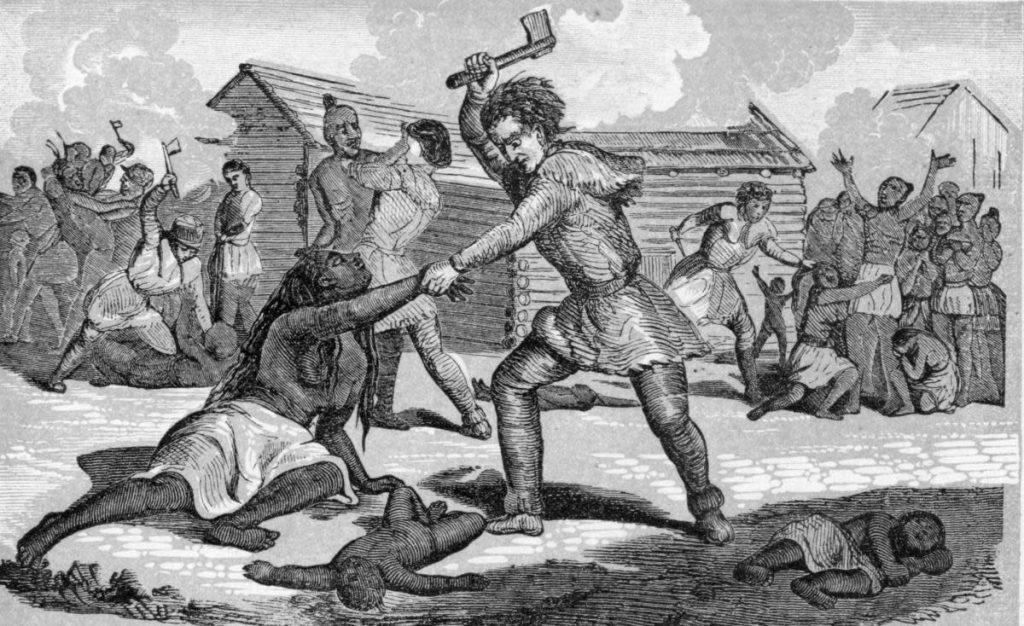