Everyday Peace – How can we Prevent Genocide?

So what can we all do to prevent genocide? As young people in secondary school we can ask our government to take decisive action to prevent genocide through various forms of intervention. However, successfully persuading those in power to act is a slow and frustrating path. History shows us that the times of action and intervention by our leaders is vastly outweighed by instances of inaction. Is there anything else that we can do? We were intrigued to find out about the work of Professor Roger Mac Ginty and his colleagues in the Everyday Peace Indicators Project. The initiative focuses on the idea that individuals or groups of people can ‘stand up’ and ‘disrupt’ patterns of persecution and violence. We asked Professor Mac Ginty a few questions about the initiative.

Why is the Everyday Peace Indicators project needed?

There are a lot of societies around the world where people (often minority identity groups) are under pressure. Whether the Shia in Bahrain, the Uyghur in China, or migrants in Italy, they are often the target of those who hold power. Governments, political parties, media organisations and others can often be very skilful in whipping up stories that that paint minority groups as being a threat. The danger is that those stories take over and people believe them and thus it be- comes easy to demonise outsiders and minorities. It takes bravery for individuals or groups of individuals to stand up and “disrupt” and defend minorities and outsiders.

What do you think are the best examples of ordinary people disrupting violent conflict?

There are lots of examples of this. They often involve very brave individuals who take a stand. So we could think of the White Rose movement and its opposition to the Nazis, or Dutch resistance members in WWII who risked their lives to hide Jews and smuggle them out of the country. These “ordinary” people were actually extraordinary. But I think the best examples come from within families, whereby mums and dads, or stern aunties, or big sisters play a role in counselling other family members against being radicalised or joining militant groups or gangs. A great example to read up on is “the railway man” – a WWII British soldier who later met and befriended his Japanese torturer (or you could watch the movie). It is a story of immense bravery that turns the usual approach of revenge and bitterness on its head.

How best can our government support those ‘ordinary’ peo- ple who disrupt violence around the world?

The UK government – through the aid budget – does a lot in supporting pro-peace civil society groups overseas. But sometimes it is very difficult for the UK (and other outside govern- ments) to help people in conflict-affected countries. For example, if the UK government was to directly support anti-government individuals or groups in Myanmar then those groups or individuals might become targeted by the government. The best way to support ‘ordinary people” in conflict- affected areas is through supporting schools. Often when people are educated then opportunities open up for them (jobs, travel, further education) and becoming engaged in conflict becomes less attractive. So a strong aid budget directed at education is probably the best way for the UK government to help conflict-affected countries.

Is there any way that young people in our country can help the concept of ‘Everyday Peace’ grow and take hold?

Everyday peace is on display in the world around us: in our homes, on the journey to school, in the town centre on a Saturday afternoon. People in general are civil and mannerly. Generally, we say please and thank you and hold a door open for an elderly person. Why do we do that? It is because we are sending out a signal about the sort of society we want to live in: one where other people say please and thank you to us, or hold the door open for us. So the best way to promote everyday peace is through the micro-actions of our everyday lives. These can be very micro indeed – like avoiding people we might regard as “troublemakers” or people who might use racist terms. It can be a little more expansive, like reaching out to those who might feel excluded – like migrants or those who identify differently. 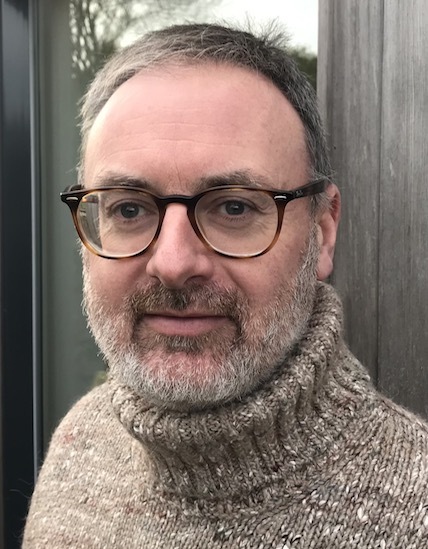 Thanks so much to everyone who has helped us with our project this school year. We'll be back in September! https://t.co/HgtfyqgwRt

On the anniversary of the Srebrenica Genocide we remember the visit of survivor @srebrenicahasan to our School. Tha… https://t.co/FbkAsaAxvL