Following a new fact-finding mission into the condition of the Rohingya in Myanmar, a new 2019 UN report was published in September detailing what changes have occurred since last investigating the crisis facing the group. Overall, it was evident to the UN that the Myanmar government had made little to no effort to help the Rohingya reintegrate back into Myanmar, with many having their homes destroyed and still having citizenship withheld from them, with the small attempts that have been made being simply to appease the Bangladesh government.

Most disturbingly of all, the UN report found that there were still human rights violations occurring against the Rohingya, with there being rapes, torturing, forced displacement and multiple attacks on their settlements continuing. All of this is despite the fact that the Myanmar government is being investigated in the war crimes court. There are discriminatory laws still in place, such as the 1982 Citizenship Law, which makes the Rohingya a stateless group and the fact that they must all carry verification cards on them, with random checks occurring as well, they are also not allowed to pray, congregate, seek medical attention or get an education, as a result of laws imposed by the Myanmar government. Further evidence of extreme injustice by the government is the fact that 40,600 structures were destroyed between August 2017 and April 2019, however, making matters worse, many of the Rohingya are forced to work building new homes, despite the fact that thousands of their homes have been destroyed. In total, it was estimated that 200 settlements were destroyed during this process, with this only being the figure since 2017.

Shockingly, the UN discovered that tactics such as sexual assault were being specifically used by the Tatmadaw army against the Rohingya, as in their attacks on the other ethnic Rakhine (a group that reside in the same area as the Rohingya), there were no examples of the soldiers using sexual violence, despite using other similarly inhumane tactics. This suggests that the Rohingya have been dehumanised to the point where the generals are permitting or potentially even ordering the sexual assaults on the Rohingya population. Unfortunately, these generals and the soldiers following their orders will most likely face no criminal charges, as shown by one case where seven soldiers had killed 10 Rohingya civilians, with the Commander in Chief, Senior General Min Aung Hlaing pardoning them after a year, with the two Reuters journalists who helped investigate the soldiers facing 18 months in prison. The fact that the government is more concerned about preventing the investigation of its soldiers than upkeeping the rights of the Rohingya shows the extent of the ill-treatment and the tension that has been building over decades. On top of this, many of the Rohingya in Bangladesh are being further isolated as there has been a mobile phone blackout for them, making it harder for the outside world to understand what is going on within the refugee camps.

Overall, it is clear that the Myanmar government has done little to nothing, with the Rohingya being almost unable to return and conditions for the ~600,000 still in Myanmar remaining just as dire as they were at the beginning of the crisis. The UN in this report also stated that “serious genocidal actions are occurring” and that “Myanmar is responsible for carrying out acts of genocide with genocidal intent”, leading us to question whether there will be an international intervention to this finally, or if the threat of a war where China could potentially be involved would be too much.

STOP PRESS: Since Sam wrote this article there has been a major development. The Gambia has submitted accusations of mass murder, rape and destruction of communities in Rakhine state to the UN’s highest court. We applaud the actions of The Gambia and hope that other countries will follow the example. 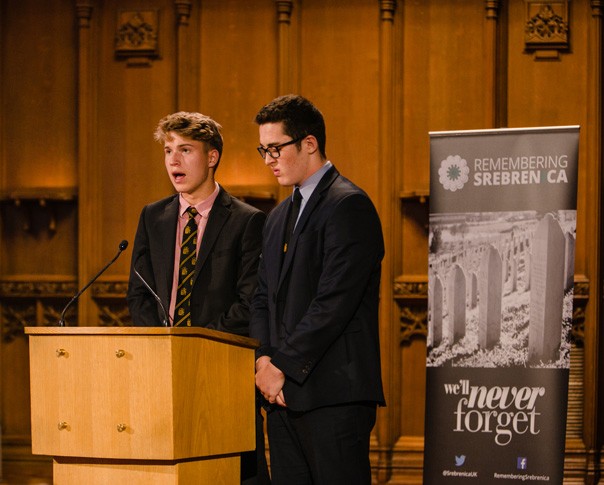 PrevPreviousStephen Fry tells us why he thinks it is important for young people to learn about the Holocaust and other genocides
NextWelcome to our new website: please join our #genocideknowmore campaign!Next