Why it is important for young people to learn about the Holocaust and other genocides?

Gosh. there’s a question. Why remember the Holocaust?  Why be reminded of genocide?

Well let’s have a thought experiment, which is to say, let’s close our eyes and imagine a scene. Picture it in our minds. It’s like being the writer and director of your own movie inside your head. This is your movie, try and see the pictures and hear the noises and special effects as clearly as you can.

I won’t go into too much detail about what happens to you, because it’s frightening and upsetting. But without any appeal, any mercy, the soldiers – most of them uninterested or even openly laughing at your unhappiness and fear – take you to a camp where there are thousands of others like you, all huddled around as full of fear and dread and panic as a human being can be. Thousands and thousands of families. Your father and older brother are taken away. They aren’t even allowed time to say goodbye to you. You don’t know this, but the fact is they are being separated because they are considered strong enough to work. You and your mother and younger brothers and sisters are … there is no other way of putting this … you are stripped of all your possession and all your clothing and killed. Shot perhaps. Or crowded into a gas chamber and choked to death by poisonous gas. Your bodies are burned. It is the end of you. In one horrible and incomprehensible nightmare you and thousands like you have had your lives snuffed out without mercy, appeal or hope. After you’re gone your father and brother are worked until they are thin, weak and unable to work any more and therefore no longer of any use to those in charge. Then they too are killed and burned as you were. Every day for years this happens until the thousands of dead number hundreds of thousands and then millions. So many that the human mind can’t picture it. Which is why it is easier to picture just you and your family in the film you are playing inside your head. Your family and maybe three or four families like you that you know well.

But you know what? It’s worse than you have already imagined. Worse than your violent, terrible, undeserved and helpless murder. it’s worse because …

You will be forgotten. Completely forgotten. No one will care or remember. No stone will mark where you died.

It’s possible that in a year or so a foreign army will invade your country and arrest those responsible for killing you. They might even put them on trial for “crimes against humanity”. But in the end people will forget you and the whole business. And worse than forgetting, some people – people who also, for some twisted reason, hate blacks, or whites, or Jews, or Asians, or gypsies, or gay people, or immigrants, or epileptics, or people with learning difficulties, or people with different political ideas – these people will say that it never happened. You were never killed like that. It’s all at best an exaggerations at worst it’s a lie. All dreamt up. The footage and the memories of survivors are not real. Fake news.

It’s like a second murder. First your body was killed and now any meaning or hope that such an outrage might have is killed too. In your film your dead self, and the dead souls of your parents and brothers and sisters are screaming out to be remembered,  but no one can hear you. No one is listening.

It’s a nightmare film I’ve asked you to direct and star in, but it’s as much a documentary as a fictional film. Because it all did happen, just as I’ve said.

We remember those who died firstly because they were us. They could so easily have been you, or me. By a lucky accident of history we came into the world in a period where we aren’t killed or hurt or insulted because of the way you were born. Or were we? Every time someone is taunted because they are black, or gay, or in some way different we owe it to the dead victims of the Holocaust to remember where such mean, stupid cruelty can lead.

Let me put it another way by telling a story about when I was very young.

I was about 7 or 8 years old when I remember happening across a black and white photograph of about twenty people. It was in a drawer in my parent’s bedroom that I was rather naughtily looking through. Half of the people in the photograph were children. They looked at the camera with large solemn eyes. I took the photograph to my mother and said, “Who are all those people?” She sat me down, obviously thinking I was ready to know a little of our family history.
“These are all members of our family,” she told me. “Unfortunately most of them were killed.”
“Killed? Who by?”
“Well, by Hitler.”
Immediately I pictured Hitler, with his little toothbrush moustache holding a knife and stabbing all those men, women and children who were members of my family that I would never know. It all seemed a bit strange to my eyes, but I knew Hitler was a Bad Man so it made a kind of sense. That’s what Bad People do. Later of course, as I grew up, I found out that they had not been personally murdered by that one man, but were part of a systematic policy of human slaughter that is called the Shoah by Jewish people, the Holocaust by many and was called by the Nazis responsible “The Final Solution of the Jewish Problem in Europe.” The “Jewish Problem” to them was that that were millions of Jewish people in the Europe they were conquering and they regarded Jewish people as unworthy to be part of their greater German empire. Not just Jewish people of course, but we’ll come to that.

Well, yes. But first remember that actually one of those children was YOU. In the film that I asked you to play in your mind, the thought experiment where you and your family were snatched from your home and taken to a death camp. They were just as alive as you are. Just as hopeful of getting into the football team, or the cast of the school musical show, or to be popular and successful and happy.

Also, it’s worth understanding that the Holocaust was a modern event. The death camps where the victims were murdered had computer rooms. It’s true. Special huts where IBM punched card computers were housed. The same IBM that advertises today on TV and in magazines. These ‘Hollerith’ computers as are they were called stored, sorted, indexed and filed the details of all the people the Nazis thought were enemies ripe for extermination – what they would call ‘sub-humans.’ Sub-humans to them were people of different races, Jews were the worst, and gypsies too, but Slavic people (Russians, East Europeans) and Poles were next. Gay people, people with learning difficulties or physical disabilities also counted. Didn’t matter what age they were, a four year old girl was as easily killed as a forty year old man. Blacks and Asians weren’t much considered because there was no really significant population of them in Europe in those days 80 or so years ago, but those that were there were also in the sub-human category. The holocaust was industrial killing and used all the aspects of the modern world we take for granted: transportation systems, computers, bureaucracy and logistics. And it’s modern enough for there to be survivors of its horrors who are still alive today. I have met a few in my life. These monstrous crimes should be remembered because you and I have the imagination to picture us being the victims and we know that we would demand that our murders should be remembered so that the kind of behaviour and poisoned thinking that leads to such horror could not be allowed to happen again.

There are still those in the world who value people differently not according to their character and actions, but according to their race, or religion, or lack of religion, or their sexual preference, or gender or how long they have lived in the country, or some other category. There are people who will throw stones at you or attack you because you are different. There are people who do not believe that all human beings are really brothers and sisters, all part of the human family. These people will join marches and vote for politicians who promise to “deal with” the minorities they don’t like. 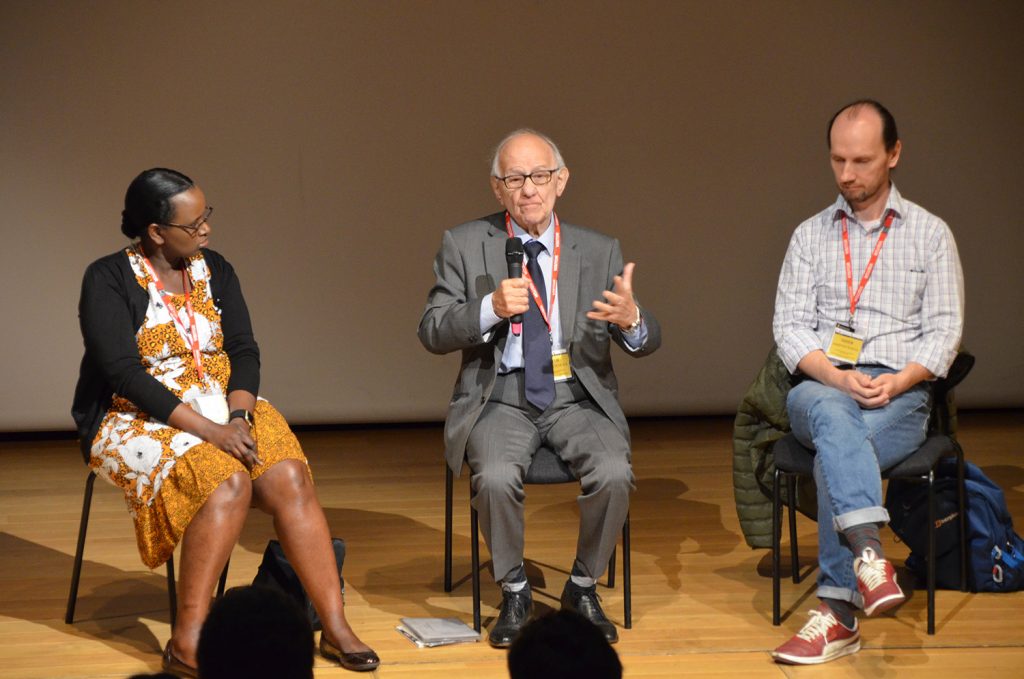 PrevPreviousWe need to consign the ‘last acceptable form of racism’ to the dustbin of history
NextThe Genocide Determination Bill: Changing the way that Britain deals with the crimeNext